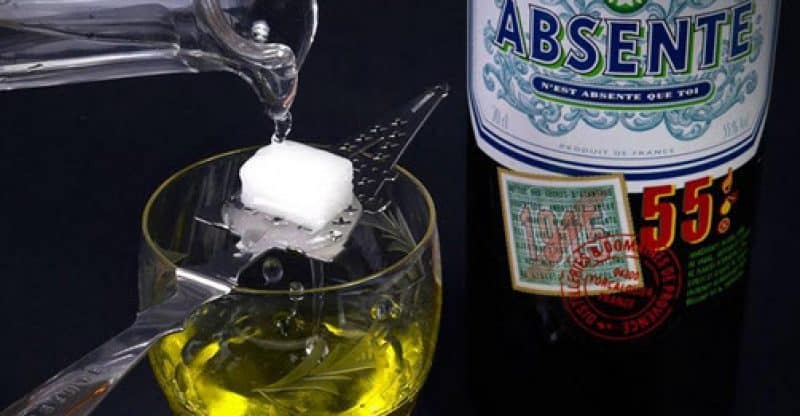 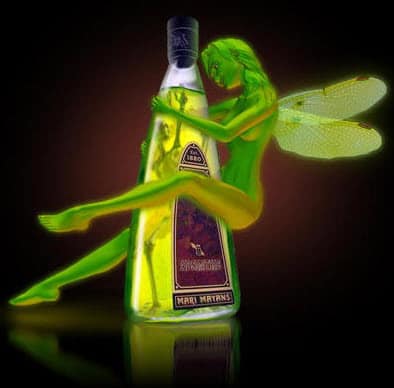 How to Drink Absinthe, the Green Fairy of Drinks.

ABSINTHE, the legendary green drink that was beloved by the artists living on 19th Century Paris’ Left Bank is making a comeback onto the menus of fashionable cocktail lounges.

The unique sugar burning ritual before its is drank has attracted many of the modish in crowd, though the Green Fairy has been outlawed in many countries at various times.

It is derived from the wormwood plant, a member of the daisy family, which grows all across the Eurasian grasslands.

Folklore claims that doctor Pierre Ordinaire formulated the drink in Switzerland during 1792.

He distilled it with anise, hyssop, lemon balm and a number of other herbs.

Ordinaire passed his recipe on to Major Dubied, who presented it to his son-in-law, Henri-Louis Pernod.

Pernod founded a distillery at Couvet in Switzerland during 1797 before becoming renowned for producing his own aniseed flavored drink.

Absinthe quickly became a huge favorite with the French Army, which was fighting under grueling conditions, both climatically and topographically in North Africa during the 1840s. 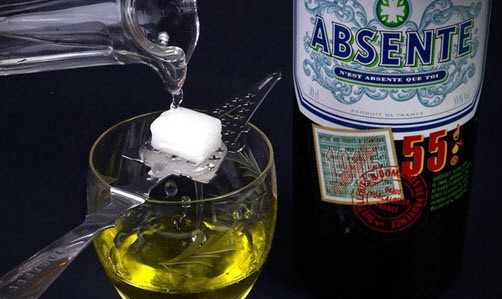 It was originally issued to ward off the many diseases in the area, but the soldiers, particularly the hard-bitten men of the French Foreign Legion, quickly developed a liking for the Green Fairy.

Retired soldiers introduced the drink to the café’s and bars of France. Soon it became the must have drink of the Gallic in-crowd. And to make a toast while sipping the drink was the in-thing to do.

Absinthe, artists and the Moulin Rouge seemed to combine well. Vincent Van Gogh and Paul Gauguin shared a bottle one night, Later Gauguin was pursued down the street by a razor wielding Van Gogh, who later returned home to slice off his own ear.

Both Toulouse-Lautrec and Degas were devoted to the Green Fairy.

People, especially the temperance movement began to condemn the conduct of habitual absinthe drinkers as the 20th Century began. They were aided in this by the notorious 1905 Absinthe Murders.

Jean Lanfroy shot dead his wife and child following an absinthe session. The French Government outlawed the drink in 1915.

Absinthe’s sugar ritual helps to reduce the bitterness of the drink. Water is dripped onto a sugar cube on a flat slotted spoon over the drink, The syrup seeps through and sweetens the drink.
An alternative practice is to burn sugar soaked in Absinthe on a spoon and stir the residue into the drink before topping it up with water. 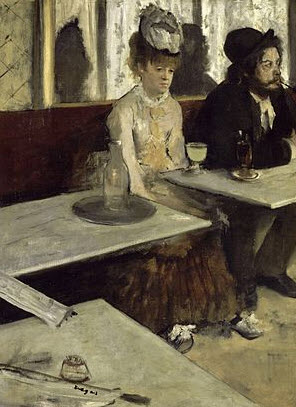 Among the trendy bars serving the Green Fairy is the Player on Broadwick Street. This is a friendly cozy sanctuary that is discretely concealed under the streets of Soho.

The American Bar at the Savoy serves select cocktails in elegant and sophisticated surroundings as well as having one of the best wine guide‘s while the Detroit Bar and Restaurant is the smart and hip place to savor absinthe.

Edinburgh has the Opal Lounge on George Street, a stylish and vibrant venue that somehow manages to still stay casual and laid back.

One30 on Cheltenham Road in Bristol is a redbrick bar that offers low tables and leather sofas, making it an ideal venue to drink absinthe in an atmosphere of total chill-out coolness.

Its strength and fearsome reputation has led to absinthe being imbibed only by the bravest and hardiest of drinkers. However if absinthe is taken in moderation, tipplers will not end up resembling the sozzled and dissolute couple in Degas’ famous painting, L’Absinthe.

Absinthe will mix well with most other drinks.

How to Serve Absinthe

There are two traditional ways to serve Absinthe, the French way and the Czech way. Absinthe is usually quite bitter and and strong, therefore, sugar is added to sweeten it and water to dilute it.

Variations on the French Absinthe Ritual

The Pipe Ritual has its roots in Bohemian culture. The glass pipe is filled with Absinthe and crushed ice and the elixir is sucked up through the glass straw. It is comparable with an Absinthe shot, the effect is intensified as the Absinthe speeds into the mouth and creates a pleasant coolness and activation. 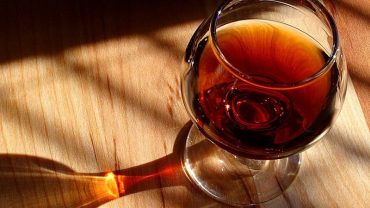