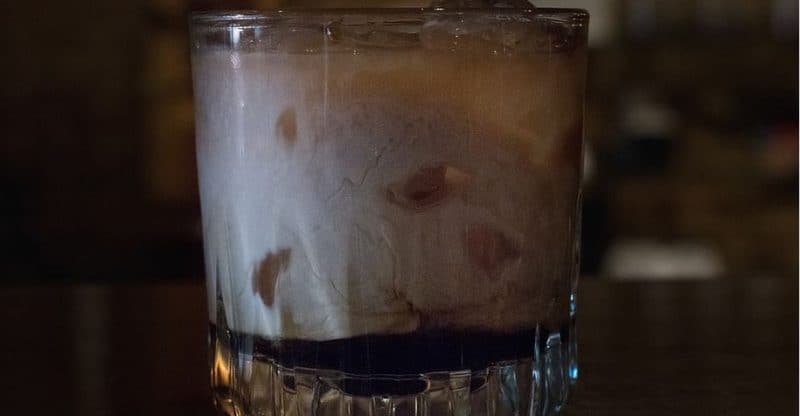 This drink almost mimics a white Russian but uses Baily’s like a Mudslide instead of just plain cream giving it a slightly different, and in my opinion, a better overall flavor profile. So if you like White Russians or Mudslides, why not try something right in the middle like an Iron Butterfly Drink instead.

And like the White Russian, it’s a little heavy and sweeter due to the Baily’s. But not as “creamy” as a mudslide since it doesn’t have the additional heavy cream. This drink makes for a better after dinner drink or something tasty to sip on if you’re not a fan of shots or simple mixed drinks.

This Iron Butterfly Drink recipe calls for 3 different full shots of alcohol, so it may be yummy tasting, but it does pack a punch. Vodka, Kahlua, and some Baily’s Irish Cream are needed as well as some ice and a cocktail or ol’ fashion glass. You can go with a bigger glass if you want to use a lot of ice. And yes, you can make this a shot as well, although I don’t know why you would. Just be careful as the measurements for a shot glass are different than the recipe below. Filbert nuts are the traditional garnish for this. 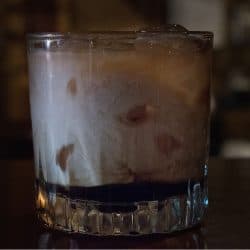 This cocktail works best for something like an after dinner drink if you want something other than coffee. The sweetness is almost like a dessert and the drink is a little heavy. So it’s meant to sip and enjoy.

Vodka – For this drink I like to use a better vodka as both the Kaluha nd Baily’s are nice liqueurs by themselves. Absolute or even Smirnoff are perfect for this recipe. Just don’t use the cheapest vodka you can find as the harshness will ruin what is supposed to be a bit of a decadent drink.

Kahlua – A staple in any bar and used in a ton of mixed drink recipes. Kahlua is a coffee rum liqueur made with “100% Arabica coffee beans” according to their website and produced in Veracruz, Mexico by the Pernod Ricard company. The taste is deeply strong coffee and chestnuts which is usually used as a mixer. It’s also why it goes so well with the Baily’s.

Baily’s Irish Cream – I love Baily’s, usually on the rocks. A great after dinner drink (add it to your after dinner coffee!) or just something nice to sip on when you want to drink but just can’t do another beer or rum and coke. It’s flavor highlights include cream, cocoa and Irish whiskey. If you’re weight conscious you can try using their “deliciously light” version that boasts 40% less sugar and calories. I haven’t tried it yet, but it should still go well in a mixed drink like this.

What is the Difference Between a mudslide and an Iron Butterfly Drink?

A mudslide has vodka, Kalua, Baily’s and heavy cream. An Iron Butterfly doesn’t include the heavy cream, but has the rest of the ingredients.

What is the Difference Between a White Russian and an Iron Butterfly Drink?

A White Russian has vodka, kalua and heavy cream. The Iron Butterfly drink contains Baily’s rather than the heavy cream.