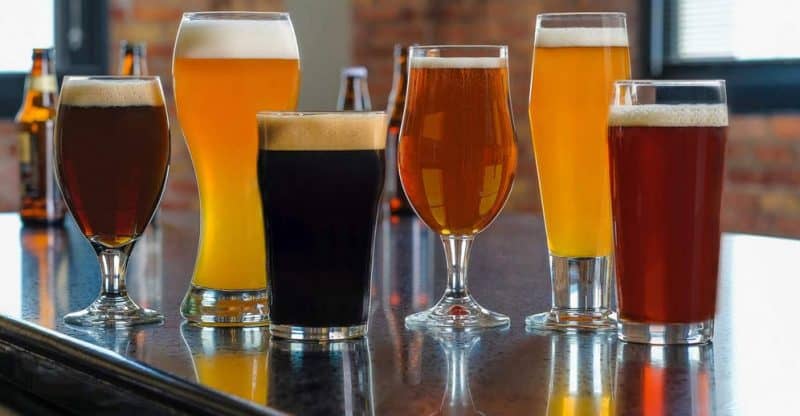 The (MANY) Types of Beer Glasses & When to Use Them

Let’s face it, most of you decided to read this article about the types of beer glasses simply because the word beer caught your eye. After all the majority of beer lovers tend to drink their beer straight from the bottle, a paper cup, or what ever else is available to catch their fine brew in.

Unless you happen to be a beer mug collector you probably haven’t given a single thought to what kind of glass beer should actually be drank out of, and if you did you probably would never imagine that there was actually a specific glass that should be used for specific kinds of beer just like there are differences in wine glasses.

Come on admit it, even if you heard the terms middy, pony, tulip, and schooner you probably didn’t think of them as something to drink beer out of, unless the word pony brings up visions of those small beer kegs that are so plentiful at frat parties.

If this is the case, and it probably is, then this article can change you from being simply a beer lover to beer connoisseur. That’s right you will soon be able to impress your friends by knowing which style of glass to drink which type of beer out of. 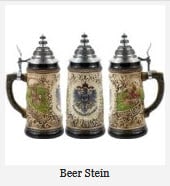 The beer stein is the most recognizable of all beer glasses and many people actually collect steins for their artistic beauty. Beer steins are usually made from ceramic or clay with a lid often made from pewter.

Oftentimes beer steins have pictures painted on their size. Beer steins come in a variety of shapes and sizes are can cost anywhere from a few dollars to hundreds or even thousand of dollars. Since beer steins of German origin then it is acceptable to drink common German beers from these steins. Everyone who loves beer should have one or two beer steins to impress their friends. 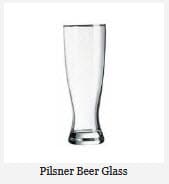 Pilsner glasses come in a wide variety of styles, the more elegant of these glasses are usually tall and thin and made of ultra wafer thin glass. They are also often footed and are extremely narrow at the bottom broadening as the glass goes up. These glasses hold 8 to 10 ounces of beer and the proper varieties of beer to drink from these glasses are Pilsners (or course) and Witbiers. 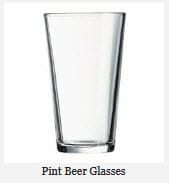 Known as the most pedestrian of all beer glasses the pint glasses likely began as actual pint jars that people drank beer out of in various pubs and bars. As beer making and bars became more refined these pint jars gave way to thick glasses, often with handles, that while they continued to hold a full 16 ounces of beer looked a bit more glass ware than glass jars. Pints as they are called are the standard beer glass for mild ales, brown ales, and stouts. 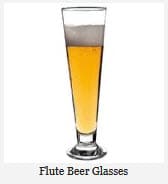 Beer flutes are made of thin glass and are generally delicate looking glasses that sit on the stem. While you can drink pilsners and Witbriers from a beer flute, they are really made for those more light and fruity beers that emulate wines. Beer flutes often hold between 6 and 10 ounces of beer. 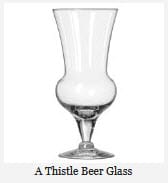 The thistle glass is a uniquely shaped glass that is designed specifically for those strong Scottish ales.

The shape of the glass helps intensify the beers unique aroma. 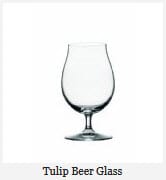 The tulip glass is shaped much like the flower and is designed to help bring out the aroma of those strong Belgian ales. ( in some aspects it reminds one of a brandy snifter.)

There are several interpretations of this style, be sure you like what you’re buying. 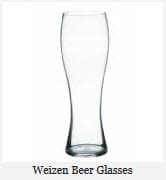 The pony is favorite in Australian pubs and is called a pony because it is designed to hold 1/5 of a pint of ale. (around 4 to 5 ounces)

Often it’s similar in look to the Pilsner Glass only smaller. The pony is just right for having with those luncheon sandwiches that pubs are well known for.

By now you are probably thinking that it would cost you a mint to purchase one or two of each of these different beer glasses so that you would have the proper beer glass for each and every kind of beer you enjoy. That really doesn’t have to be the case as there are actually sets of beer glasses that offer a choice, or 2, 3, 4 or even 6 different beer glasses all in one set for less than you might think. Amazon.com offers several of these sets for extremely reasonable prices. 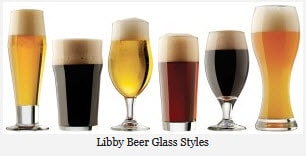 For example you can get a set of 6 different beer glasses called the Libbey craft brew sampler for around $25.00. Of course the set only includes one glass of each type so if you want to drink with a friend you will have to double your order. Or you could begin with a set of 4 or 6 beer mugs and then gradually add to your beer glass collection a little at a time.

And don’t forget you can hint to all those friends a relatives that one of these sets of beer glasses would make the ideal Christmas or Birthday gift.

If you are worried about missing out of freedom of drinking your beer straight from bottle or enjoying the casualness of those paper cups filled to overflowing from icy cold keg don’t be. There will always be a place in your life for the more casual enjoyment of beer.

You can simply save your beer glasses and your knowledge for those more formal occasions or when you simply want to impress those around you with you exceptional beer knowledge. Besides, there are just those time when a good cold glass of beer simply tastes better than drinking it from a bottle, though I’m not recommending that for your home brew.

So, go ahead and become a true beer connoisseur it just may add a whole new dimension of flavor to your beer drinking. 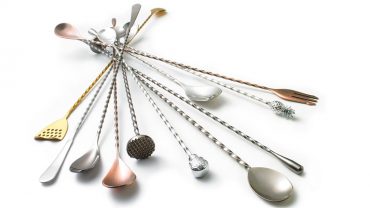