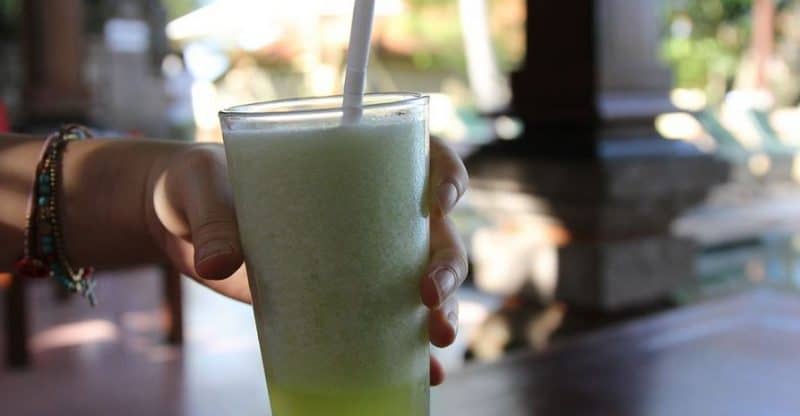 Our fat frog drink is a fruity tasting alcoholic cocktail that is perfect for summer pool parties. It’s light and refreshing and super easy to make. All you doing is taking 3 bottles of already popular drinks and mixing them into one super yummy cocktail.

Our Fat Frog Recipe Will Leave You Ribbitless!

This recipe includes 1 bottle Smirnoff® Ice, 1 bottle Bacardi Breezer® Orange and 1 bottle WKD® Original Vodka Blue. Then garnish with either a lime or my favorite, an orange slice.

Don’t worry, there’s no frog in this drink, but it will turn green, hence the name.

This drink is perfect for the beach or when you’re outside enjoying a summer day next to the pool. It’s light, refreshing and a little sweet. So if you’re not into fruity, carbonated sweet drinks, this isn’t for you.

The best part about this cocktail is it is so easy to make. So if you don’t have a lot of time or are running late, all you need to worry about is having some ice and either a cocktail or pint glass. If you do have an extra minute, then slice up some oranges for a garnish that will improve the drink even more.

Personally I like to add everything into a pitcher with no ice and mix until it turns green. Then pour in a cocktail glass filled with ice and add the orange.

You could however just grab your glass or glasses, add ice, then pour a third of each bottle into the glass. A little messier and not as much fun as a pitcher. Plus the pitcher and ice filled glasses just look a lot better if presentation is important to you.

How to Make a Fat Frog Drink… 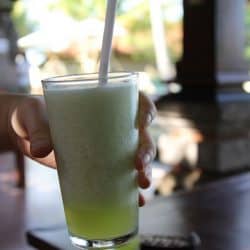 Smirnoff® Ice – It comes in 330 ml. bottles, the biggest bottle of the bunch. It has a nice lemon lime flavor and is also carbonated. Smirnoff Ice has been around a while and pretty much started the whole bottle mixed drinks craze we see today. Smirnoff® Ice contains 4.5% Alcohol by Volume.

Bacardi Breezer® Orange – Another great bottled mixed drink by the makers of Bacardi rum. Obviously as the name states, this rum drink has a nice orange flavor and is great all by itself. This Bacardi Breezer® contains only 2% Alcohol by Volume. The lowest of the three. 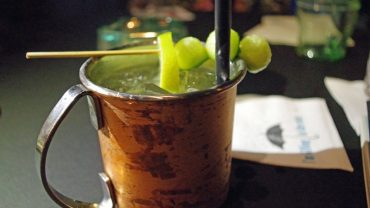