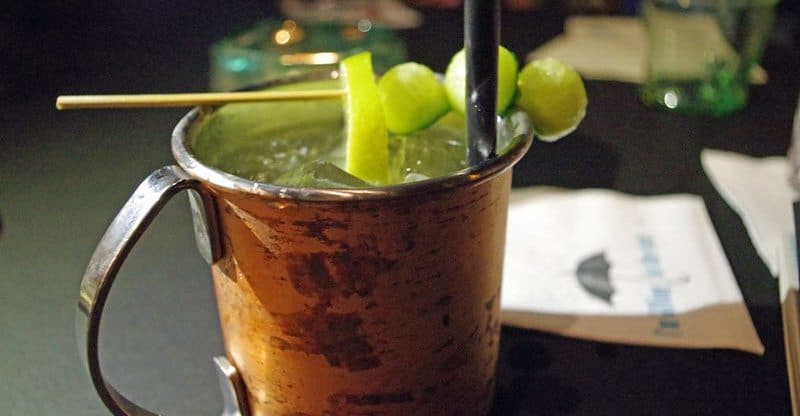 The Best Moscow Mule Recipe EVER!

Once You Taste a Mule You’ll Never Be the Same. The Moscow Mule has been around since 1941 but it’s riding a new wave of popularity since it was featured on Oprah, with people around the world feverishly typing in “What is a Moscow Mule?” in Google ever since. And so I decided to share this favorite Moscow Mule recipe so you can make it the right way every time.

We’re not only going to look at how to make your very own Moscow Mule but, more importantly, help you find the signature copper mugs the drink is served in that really gives it that extra kick it’s known for.

Once you have one of these you’ll be hooked, with Mule fans often vividly remembering the very first once they ever had.

What is a Moscow Mule?

The Moscow Mule is actually a really simple drink to make — here is the basic ingredient list for a Moscow Mule:

Some people add sugar syrup, bitters, or various liqueurs but this is the no-frills traditional Moscow Mule recipe that devotees swear by. 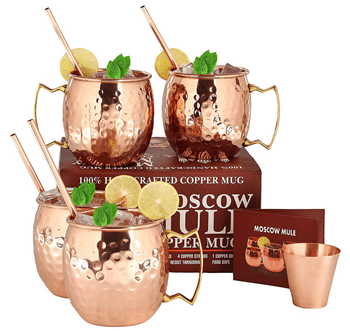 That ingredient list looks simple but if you want the absolute best Moscow Mule in the world, you’ve got a little more work to do.

Two things separate Mule pros from Mule newbies: getting the right ginger beer and mixing and serving the drink in a copper mug.

The mug is absolutely necessary, both for style points and for the best taste as well. The Moscow Mule is a drink to be slowly savored, especially in the warm summer months.

The copper mug is perfect for that, keeping it absolutely chilled — plus you get added bonus points for drinking the Mule in the classic way it was intended.

Copper mugs are often impossible to find at your local stores so this is one purchase that’s definitely best to make at Amazon; you’ll also typically save 20-30% by buying your Moscow Mule copper cups online as well.

Notice that we said “cups”, plural. A good quality copper mug will cost about $20 and some people are tempted to start their collection by just being one or two.

There’s absolutely nothing wrong with that but a word of warning: there’s nothing worse than having friends over and introducing them to the awesomeness of the Moscow Mule, only to run out of mugs.

To avoid that tragedy we highly recommend you start with a set of at least four mugs. Aside from keeping your friends happy and the Mules flowing freely, many people enjoy drinking all sorts of other beverages from copper mugs, with some studies showing that it actually has significant health benefits as well.

Below you’ll find everything you need to buy to make the perfect Moscow Mule drink — minus the vodka, ice, and limes — at Amazon.
The mugs and ginger beer featured are the top choice of Mule fans around the world and you’re just a few clicks away from joining that elite club! 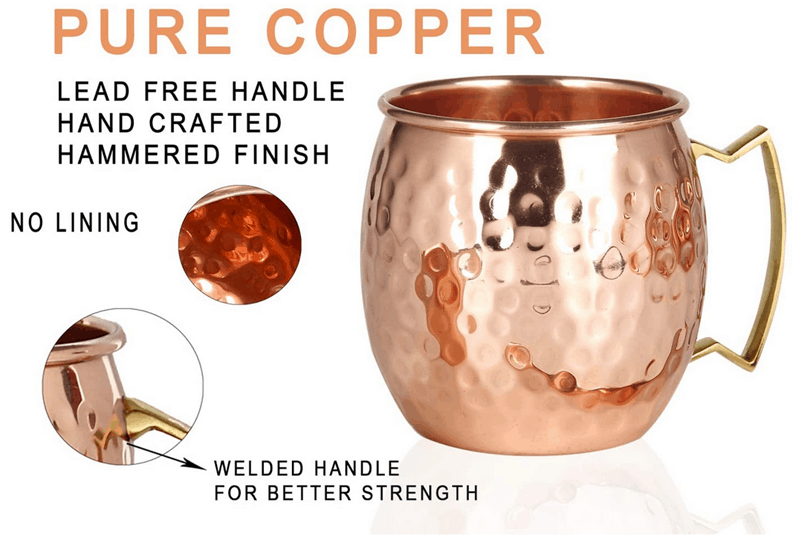 While any ginger beer will work, real Mule aficionados swear by the Fever Tree ginger beer, which can be found in some grocery stores and supermarkets as well as online. 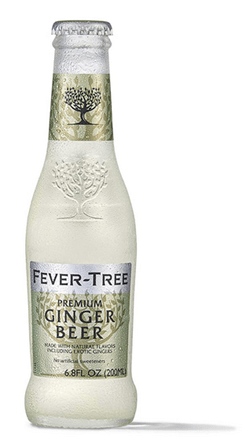 What you want is a thick, pulpy ginger beer made in small batches that’s got some substance to it; avoid all “weak” ginger beers that have been overly processed and mass-produced and are a uniform, thin consistency.

Making a Moscow Mule is a snap. Fill your mug about half full with ice — preferably smaller pellets of ice but larger ice cubes work fine — and add the vodka. If you happen to be looking for an ice maker, check out our list of the best ice makers for your home bar here.

For your first one take it slow and add 1 oz of vodka, but keep in mind that some Mule devotees use 2-3 oz in each Mule, as the 16 oz mugs do hold quite a bit of liquid and some find that 1 oz of vodka isn’t quite enough kick.

Cut a few slices of lime and squeeze it into the mug, dropping in a slice or two depending on your taste. Top off your mug with the ginger beer and stir the lovely creation gently.

Sit back and enjoy this upscale drink. That’s it; you’re done and the proud owner of a Moscow Mule!

The History of the Moscow Mule

Unlike some drinks whose origins have been lost, the Moscow Mule drink actually has an interesting history.

John G. Martin worked for Heublein Spirits and found himself with a lot of excess vodka on his hands when he convinced the company to buy Smirnoff Vodka in 1938.

The purchase looked good on paper but he ran into one big problem; Americans at the time didn’t drink much vodka.

In 1942 Martin was having dinner with Jack Morgan — the owner of the famed Cock ‘n’ Bull restaurant on Sunset Strip — when the two began discussing their mutual woes. Morgan had brewed a lot of ginger beer that no one wanted to drink while Martin was still trying to drum up a market in the US for vodka.

Combining forces (or, you know, excess inventory) Martin’s vodka was introduced to Morgan’s ginger beer and the Moscow Mule was officially born.

It’s been enjoying a recent resurgence in popularity, with the Mule making an appearance on Oprah as well as Esquire. 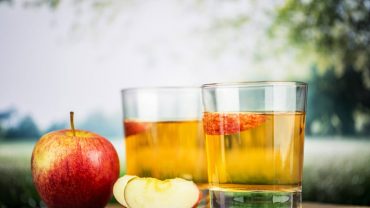