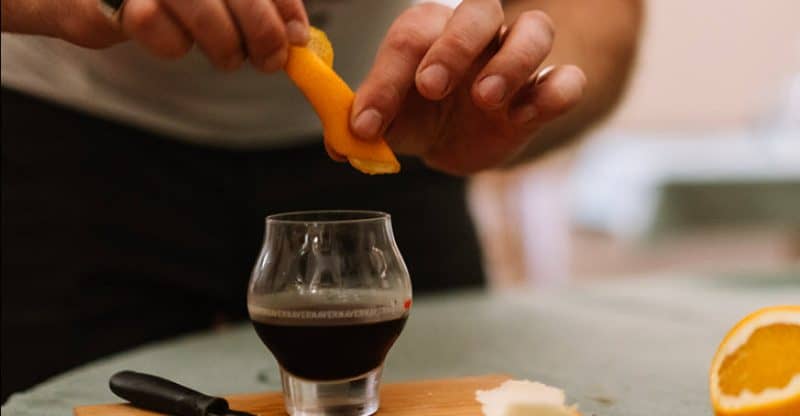 Home
Substitutions
What Amaro Substitute Can I use?
17
SHARES
ShareTweet

The Best (5) Amaro Substitutes When You MUST Have Amari

Finding a great Amaro substitute is no easy task. Amaro is Italian for “bitter”, and describes the flavor well. The problem arises from even the most basic recipes for Amari (amaro when singular) are not only very complex, they’re also closely guarded secrets to the distillers and other producers who make Amaro and can include 50 different herbs, roots and other bits making them a classy drink that’s hard to replicate.

Just read a label or two of even the biggest producers and you’ll see things like “a mixture of flavors…” or other such vague listings for ingredients. The add to the fact that there are over 50 Amari distillers in Italy alone, and that’s in addition to the hundreds of bars and individuals who also produce their own labels.

This all stems from the origins of the drink coming from monks in Italy and originally used more as a tonic or medicine for poor digestion and other stomach related problems. The recipes were passed down and around and as each person created a new one, things were either added or subtracted depending on the local and what was available at the time. So today, there is a huge variety of what is labeled as Amaro liquors.

And because it’s such a complex bitter liquor, there aren’t a whole lot of substitutions that handle the job well. And we’ve done our best to give you what we feel are your best options for an Amaro substitute…

The first amaro substitute is Gammel Dansk. The liqueur is actually a type of bitters that originates from Denmark. The two reasons this makes the best substitution is first, it is already classified as a bitters, which is a great start. But the most important reason is that, like Amari, is created with a bunch of herbs and spices as well. Many of which are also found in Amaro. And due to it’s complex make up, it hits the spot at number one for the best Amari substitute.

An easy second choice, Chinotto is a non-alcoholic Italian beverage (or soda) that is more like a Coca-Cola than anything else. The problem is there isn’t the complexity of some of our other choices, and Chinotto does contain caffeine. But, it’s the perfect substitute if you’re making drinks for the kids or you don’t want to add any more alcohol to a specific drink recipe. And it’s also the cheapest option on our list!

Like the Danish Gammel Dansk above at number one, Bonal Gentiane Quina is also considered an aperitif and is also created from a recipe of many different herbs as well as cherries, plums and licorice giving it a much more complex flavor than the simple Chinotto. The main flavor comes from quina, which is where you get Quinine from. The key difference being this bitter drink is make from a wine base like a brandy rather than just alcohol.

Chartreuse, often compared to herbal liqueurs like Liquore Strega or Galliano, makes number 4 for the best amaro substitutes. Again, this flavorful drink has a nice mix of herbs that give it a close taste to amari. If you looking for the closest to a true amari, then choose the green version of Chartreuse, as the other yellow flavor is often too sweet. Although not quite amari, it will do if you have nothing better.

Just like the Bonal Gentiane Quina from above, this particular liqueurs wine based and a bit sweeter than an amaro. It does however have a nice citrus flavor, albeit much more pronounced than amari. The one great thing about Vermouth is that it’s usually available in any liquor store and easily obtainable. Unlike many others on our list.

So as a last resort, try some dry vermouth. It may not be perfect, but it’s better than nothing.

Amaro Ingredients – What is Amaro Made Of?

Each Amaro distiller and even bars in Italy have their own blend of flavors to make their products unique. But there are certain flavors that seem to be consistently used with all of them. These ingredients include, but are not limited to, citrus peels, myrtle, juniper berries, rosemary, sage, ginger, mint, lemon verbena, saffron, cardamon, fig, berries, plums, licorice (think Absinthe), sugar, alcohol, burnt sugar and water.

Like I said, these are the basics and found in most brands of Amaro in varying amounts which causes some amaro to be either more bitter, sweet or citrusy.

After the mixture has been created, sugar and alcohol are added and the mixture it’s placed in oak barrels like a whiskey and left to age, sometimes for years.

How to Drink Amaro?

Amaro is an Italian aperitif or digestive, meaning a before or after dinner drink that’s consumed in order to help the body with digesting the meal. Amaro is meant to be drunk neat, meaning simply poured into a glass and drank at room temperature. No special type of glass is used and more often than not it’s served in a standard sized shot glass and sipped. Although some people enjoy it on ice, or with ice and a splash of tonic water. Perfect if you don’t want to collect a bunch of essential bar tools just to make a drink.

Lately though the drink has really started catching on in America and abroad and has quickly become a great mixer to create flavorful mixed drinks. I like adding a bit to a Moscow Mule just to give it a bit of a kick. Or a warm apple pie drink as the flavors match the ingredients perfectly.

How Much Alcohol is in Amaro?

The average alcohol content varies a lot depending on who or what company is producing it. The range can be anywhere between 16% to 35% alcohol by volume. If this is important to you, you’ll need to check the bottle you’re drinking from to clearly understand.