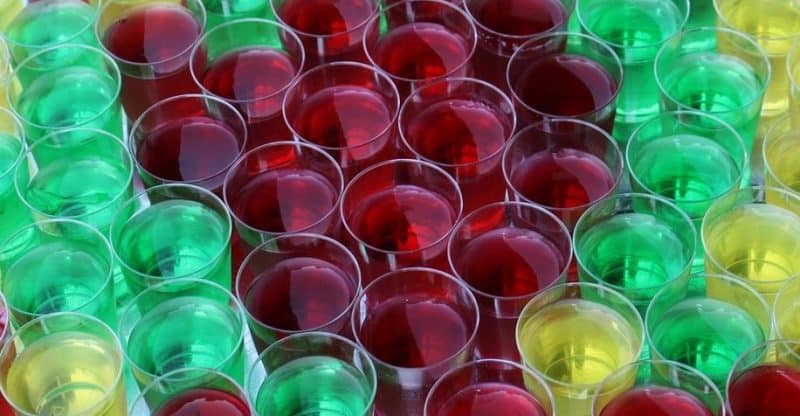 Jello shots need between 2 to 4 hours in the refrigerator to set correctly depending on the amount of alcohol you put in them. The more alcohol your Jello shot contains, the longer they’ll need to set.

So if you are making your shots with a ratio of 75% water to alcohol will usually take 2 hours to set correctly. If you’re using a 50-50 ratio, they can take up to 4 hours to set.

And this can be longer if you using something like 151 rum or Everclear in your Jell-O shot recipe due to their higher alcohol content. So plan ahead, if you make them in the afternoon, they’ll be perfect for your evening party.

And don’t rush the process! Putting them in the freezer isn’t going to make them set faster. It’ll actually make them yucky as they will form ice crystals and loose some of their consistency, plus they can freezer burn which will ruin the taste.

You really can’t freeze Jello shots since alcohol doesn’t even freeze until -173.2 degrees Fahrenheit. I know my freezer doesn’t get that cold.

Taking them out too early will just leave you with “liquidy” shots, not so much fun either.

Although 2 to 4 hours isn’t that long, if you really are in a jam and need your shots to set quicker, there are a few things you can do to shave off a half hour or so.

One thing you can do is when boiling your mixture, instead of letting it come to a full boil, take it off the stove as soon as the Jello has totally dissolved. Your mixture doesn’t need to come to a complete boil in order for the Jello to be finished.

Then once it’s off the heat, mix in a few ice cubes until they too fully dissolve. Just remember, adding ice also means adding water. So get an idea of how much water you want in your shots and then think about the amount of ice you’re going to add afterwards.

Another trick you could use is cooling whatever container you will use to put the Jello shots in. Cool it, don’t freeze it or your shots will stick badly.

How Long Does it Take to Make Jello Shots?

You can make Jello shots in 15 minutes if you have everything you need and are set up. All you’re doing is adding your ingredients to a pot and heating it up enough for the Jello to dissolve. Once that’s done (usually 10 minutes) then it’s just pouring your liquid into your Jello shot cups and placing them into the refrigerator.

After that it’s just waiting on them to set which I described above.

So the total time to make your shots if you’re using a ratio of 25% alcohol would be 2 hours of setting time and 15 minutes of cooking and pouring time. Add another 15 minutes to gather all your ingredients, set out your shot glasses, measure everything and so on, the total time from start to a finished, drinkable (or eatable) shot would be approximately two and a half hours.

But if you’re trying to make 100 jello shots at a time, you’ll obviously need to increase this. 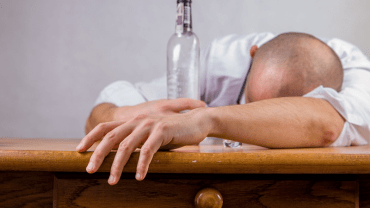